Leaders: You’re at Risk of Facing Your Own Cricket Scandal

Home Blog Leaders: You’re at Risk of Facing Your Own Cricket Scandal
NextPrevious

Leaders: You’re at Risk of Facing Your Own Cricket Scandal

If you are a leader of people, ask yourself this question – would Steve Smith and David Warner have expressed such deep remorse and emotion right now (as they did in their press conferences) had they not been caught? Would the regret they feel now for their fateful decision, actually be sincere, had they not been held accountable?

I would bet that Smith in particular, as well as Bancroft (Warner I am not so sure), would be shell-shocked with disbelief that they have found themselves in this situation.

As they handle the aftermath of this infamous scandal, they’re probably thinking, “How did I ever get myself into this mess?  I am a good person, I work hard and I strive to be the best I can be. I believe in setting a good example, otherwise I wouldn’t be here.”

The reality is, no different to Smith, Warner, and Bancroft, a lot of great people and leaders, have found themselves in similar situations. They’re not the first, and probably won’t be the last.

If you are a leader of a team, organisation or a family, you are at the risk of finding yourself in a similar (albeit slightly less public) situation if you’re not regularly asking yourself two very specific questions:

Darren Lehman was first to go by stepping down.  As the coach, he is the elder and more experienced leader who was meant to provide guidance to our young national cricketers.  He played under the likes of Steve Waugh and Ricky Ponting. He knows what leadership is about yet he has overseen an environment that has allowed these behaviours to creep in and be tolerated. He oversaw the gradual decline of the culture of the team.

One of the best examples of a team coach who changed a team culture is Wayne Smith and the All Blacks.  He spotted very early on in 2005 a number of traits that he was appalled by – arrogance, binge drinking, disrespectful attitude towards women and a sense of entitlement.

All of these things were indicative of something that was not conducive to success.  His focus on the little things that relate to standards of respect and integrity resulted in the famous traits of captain Richie McCaw tidying up facilities and change rooms after players had left a training session.  These standards meant some players had to go as they did not fit the new ethos. But others changed and grew because the standards were being role modeled by leaders who held others accountable. The result was two rugby World Cup championships in 2011 and 2015.

These standards meant some players had to go as they did not fit the new ethos.

We have all made mistakes in our life, some of which will have had long-lasting consequences.  However, this doesn’t mean we can’t recover and grow from them. Ultimately, these cricketers will be no different.

Personally, I have made some big mistakes in life. In fact, at the age of 32, a series of mistakes resulted in me losing everything in business and I was forced to completely start over financially.

Do I regret this? No. It made me who I am and has been a crucial foundation of my character for the last 11 years. The lesson I learned is something I have shared with many people, including clients, and has saved many others from going down a similar path.

The difference here (why I don’t regret it) is a key advantage I have over Smith and Warner in particular (and I mention them specifically because of their leadership positions). My mistake was a series of very poor judgments and genuine business mistakes. Theirs, on the other hand, is about a lack of integrity.  They will be hurting deep inside for a very long time because they cheated. 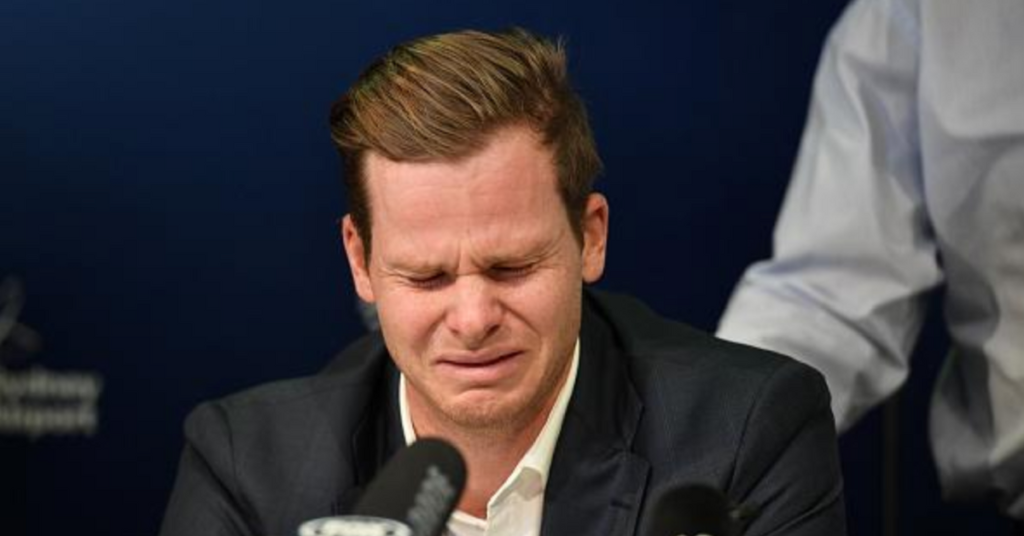 I am now a father with an 18-month-old son and I regularly ask myself this question about so many things I do or don’t do: “What standard do I want to demonstrate for my son?” “How would I explain this to my wife and my son if I took the easy path in moments of procrastination?”

I can’t imagine how it would feel to have to face my wife and my young son and say that, “Dad thought it was ok to cheat or break the law because winning is all that matters.”

Being the leader of an organisation, being a husband, being a great friend and now being a father have all been catalysts for me to lift my standards of behaviour. They have in fact strengthened the need for my integrity. I think about it every day and whilst I have lots of areas to improve in life, I won’t fail for that.

Warner’s behaviour has been an issue for a long time, yet he was still (up until this week) the Vice Captain.  This means that many people believed he was an appropriate role model of leadership behaviours, how could that be and why would this situation be a surprise at all given he is the alleged mastermind?

Whether Smith was part of the plan or not, or whether he just didn’t act to stop it, is irrelevant when it comes to integrity. Integrity is choosing to live consciously by a set of moral and ethical principles in the face of opportunistic moments or difficult adversity when self-preservation or self-advancement is at stake.

Integrity is something you fight to protect, sometimes at the expense of all else.

A client of mine attended a seminar two years ago with the former-CFO of Enron Andrew Fastow, who was among the executives jailed for one of the worst corporate fraud cases in history.  He apparently talked about the fact that there wasn’t a single defining moment when he can remember consciously deciding to break the law and commit fraud.

He reflected on a series of small acts, small errors of judgment, that built over time into a major train wreck.  Each decision on its own at the time didn’t seem that big but got worse and worse and he started to convince himself it was ok.  What he did recall was that it was reflective of the system and culture they had created and condoned at Enron, which as one of the most senior executives, is something he is responsible for. 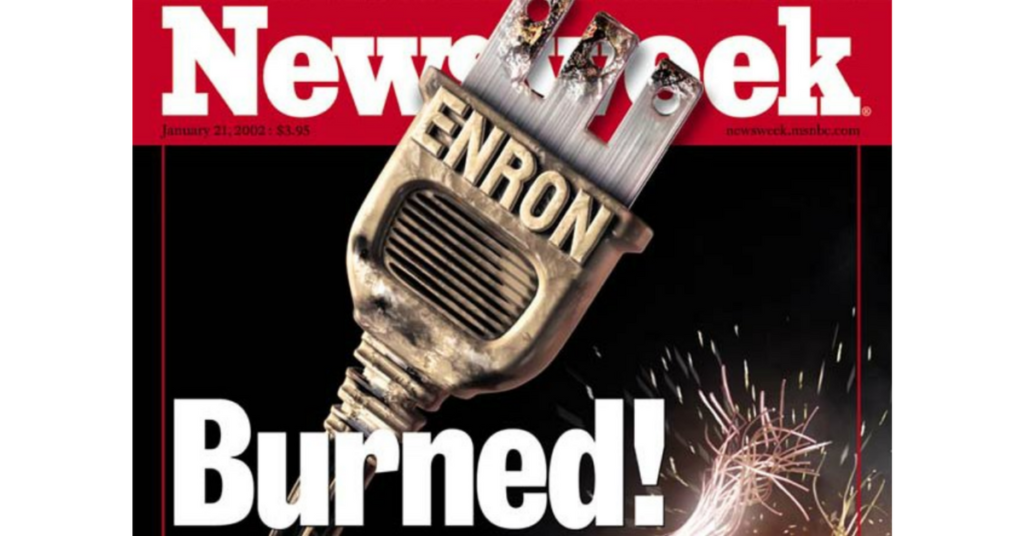 Like in our recent post, ‘How to handle a CEO who’s creating a toxic culture’ there have been other examples in Australia where CEO’s, even those with the best of intents, have overseen and allowed small toxic things to creep into the culture that ultimately led to disastrous outcomes.  Look at some of the atrocious behaviours that were tolerated by some of the world’s largest financial institutions in the lead up to the GFC.

Culture isn’t about large events or symbolic acts and how you deal with obvious examples of gross misconduct, it is about the small behaviours that you tolerate on a daily basis.  The behaviors that get gradually overlooked start to symbolise the true culture that leaders believe in. They build over time and culminate in people doing things that the leaders of the team would previously never have thought possible.

Culture isn’t about large events or symbolic acts and how you deal with obvious examples of gross misconduct, it is about the small behaviours that you tolerate on a daily basis.

The Cricket Australia culture review and investigation will be insightful.  I personally cannot comment with an in-depth understanding on the intricacies of the Australian Cricket team culture, but I can absolutely concur with Cricket Australia chief, James Sutherland, who said that these types of behaviours rarely happen in isolation.

They are endemic of a wider culture issue.  The fact that a Captain or Vice-captain of Australia could even contemplate cheating in the first place, that it would even enter their mind at all, is the issue at the crux of this and points to poor culture and ultimately poor leadership from all levels of the team. They are part of a culture where this became possible. 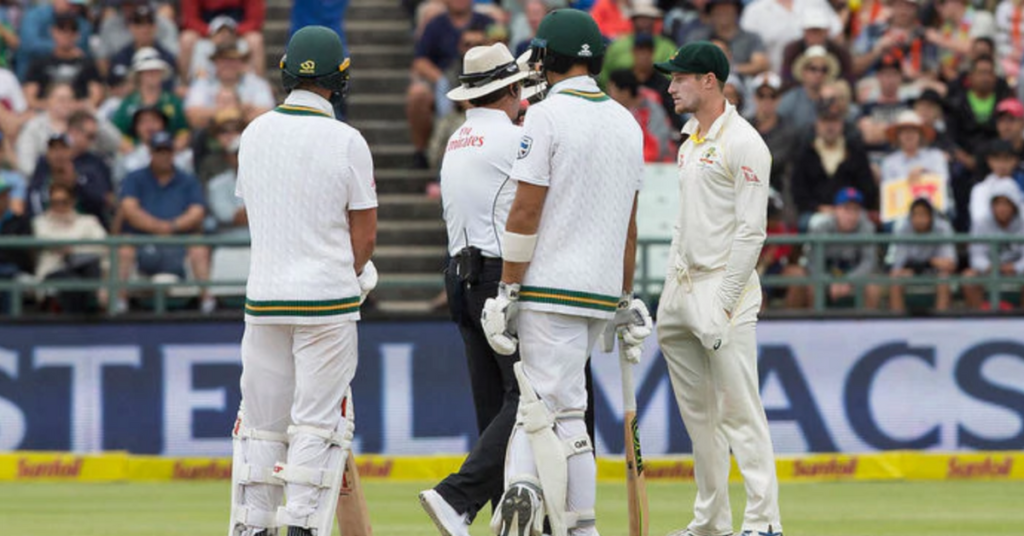 Leaders, picture those two press conferences and imagine that was you.  It would feel terrible. Now, look in the mirror and look deep below the surface at the standards of ethics you have consciously set for yourself and of the real underlying behaviours that are happening that you may be tolerating in your team.

Your integrity and your culture is the mark of great leadership.

If you’re in a position of leadership, and you want to give yourself and the culture you’re creating a sanity-check, have a read through these articles below first: