How to Handle a CEO Who’s Creating a Toxic Culture

How to Handle a CEO Who’s Creating a Toxic Culture

The leaders of your company inevitably play a vital role in shaping the company culture – whether they are consciously creating it or not.

Your team aren’t mind readers, so without clear cultural expectations and guidance from the top down the culture will ultimately manifest itself.

Chances are if it’s not crafted with intention, the culture that manifests, won’t necessarily be the one that your company wants, or needs.

It’s therefore the responsibility of senior leaders, in particular CEOs, to clearly communicate expectations around culture to the wider team and act as cultural role models, all while holding others accountable to do the same.

However, what do we do in situations where the CEO is in fact responsible for creating a toxic company culture?

We only need to take a look at the crisis that happened at Uber last year, under Travis Kalanick’s leadership to see just how detrimental a CEO can be to the culture of a wider organisation.

More recently, we’ve also seen some of Australia’s largest banks fall under scrutiny and their CEOs being held accountable for their influence on creating the correct culture.

The Commonwealth Bank has been hit by a series of scandals, the latest seeing the bank in court accused of breaching the Anti-Money Laundering and Counter-Terrorism Financing Act over combined cash deposits of $624.7 million.

Commonwealth Bank’s incoming chief executive Matt Comyn has vowed to “accelerate” the bank’s attempts to address its cultural problems, as CBA tries to restore its tarnished reputation after this series of scandals.

While these may be a more extreme example, they have definitely brought to everyone’s attention the need to have positive cultural role models at the top.

Now the question remains, what can you do personally if you feel your current CEO is part of a wider culture problem?

In these situations it’s easy to feel as if you’re powerless, as giving feedback to an executive level team member, in particular a CEO, can be daunting.

Before going down this path, there’s three essential things you need to grasp:

The extent to which a CEO is contributing to a culture problem will differ between organisations.  In some cases, it may simply be that the CEO understands the importance of company culture, but they aren’t acting as the cultural role model you need them to be. While in other more challenging situations the CEO may not see company culture as a priority at all.

When tackling this challenge, it’s therefore essential to first understand the intention behind your CEOs actions.

Ask yourself these two questions: 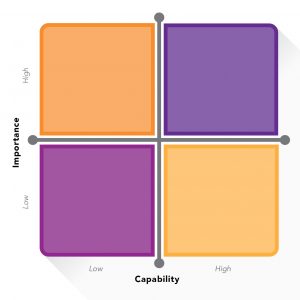 Let’s imagine for a minute that the CEO is somebody who understands that culture is vital to the success of the organisation they’re leading, yet they lack the capability to actually lead the cultural change that’s required.

In this situation, the role you need to play is an enabler.

You already have the CEO’s buy in, you simply need to help them become a leader that is able to drive cultural change, and give them the confidence required to execute something they already believe is important.

You can do this by:

The flipside to Situation 1 is working with a CEO who actually has an incredibly high level of capability. You know they could definitely lead cultural change if they saw it as a priority, however they are yet to grasp the impact culture has on an organisation, and therefore don’t pay it the attention required.

In this situation, the role you need to play is to challenge your CEO to elevate the importance of culture.

The key to doing this effectively is helping them understand the impact that they apply in determining your company culture, as well as what’s at stake if they don’t consciously foster a positive culture.

Think about the burning opportunities that exist for the company if you were to shift the culture and create a more positive environment for your people, and challenge your CEO to see these too.

This is the most challenging role you’ll find yourself in. Here you’re working with a CEO who doesn’t necessarily see how culture is important, and also lacks the capability needed to create cultural change.

In this situation, the role you need to play is to inspire your CEO.

You need to inspire them to believe in what’s possible if the culture were to change, all while helping them see that they are personally responsible for driving that change.

In order to change these beliefs you’ll need to work with your CEO to allow them to see what could be possible if you built a great environment for your people.

Think about what business opportunities currently exist that you’re not capitalising due to a lack of team culture? Ask yourself, how productive would your team be if everyone within the organisation was passionate and engaged in the business every day?

If you find yourself in this situation you can breathe a little sigh of relief. You’re working with a CEO who understands the importance of culture, and has the capability to create cultural change. However that doesn’t necessarily mean that it’s happening right now.

In this case really the role you need to play is to facilitate.

You need to help your CEO realign their priorities and reconnect with their vision for the culture, while also helping them execute on some of the cultural shifts that need to happen in order to build momentum.

Remember: It starts with you.

If you’ve identified your CEO is part of a wider culture problem within your organisation, you need to understand that you have the power to create change.

While it may not be easy, and it certainly won’t happen overnight, by using the matrix we’ve outlined above to determine the root of the issue, you’ll put yourself in a position to influence your CEO to create the culture your company needs, and deserves.